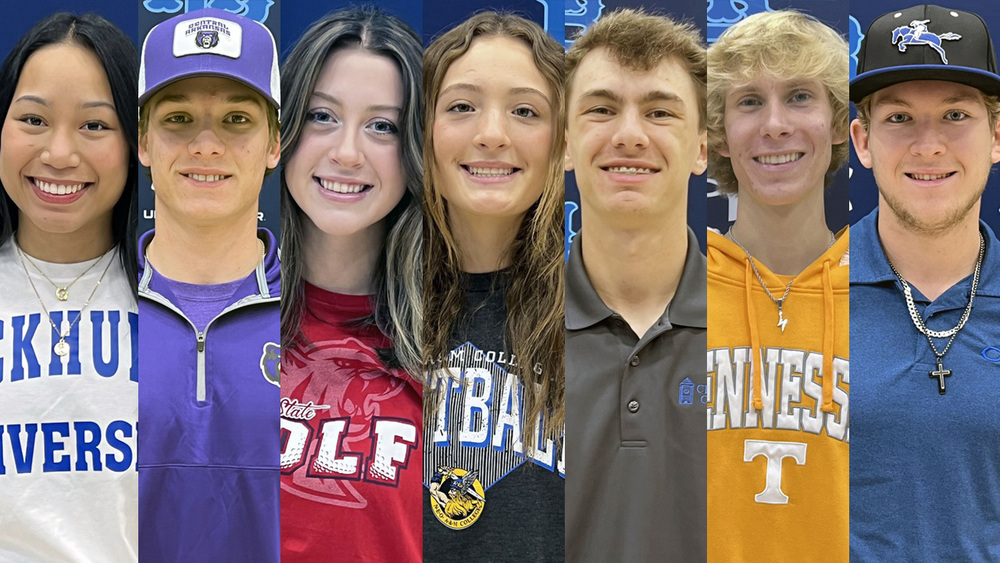 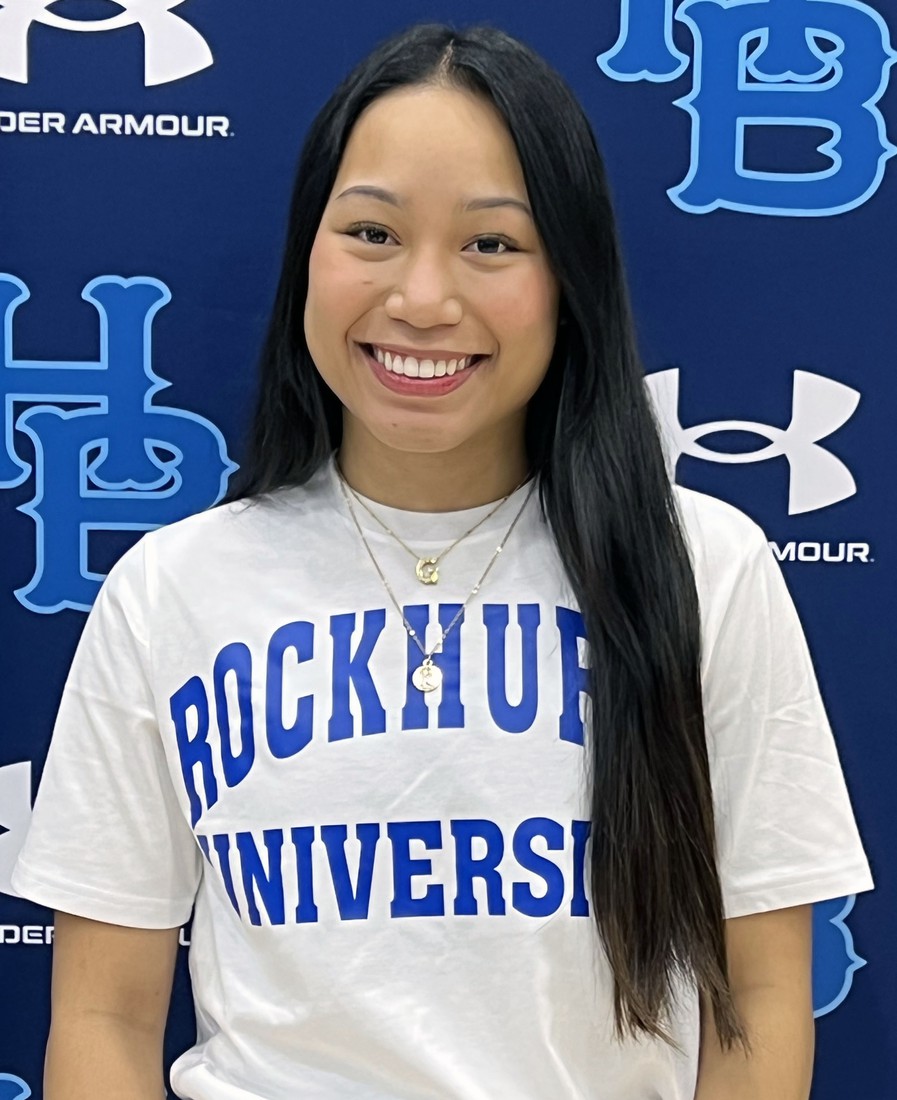 “Being able to sign with a college is truly a blessing, and I’m so excited and honored to say I am,” Andrew said.

Andrew, 17, is a senior who said she lives in Springdale.

She played volleyball and basketball as a point guard for the Wildcats and looks forward to competing at the collegiate level, Andrew said.

“I’ve always wanted to play a sport in college,” she said. “Watching all the athletes on TV and seeing all my family members do sports inspired me to be like them when I grow up.”

Andrew has played on all-state and all-conference championship teams in volleyball, competed with conference-championship basketball teams and was named to the Prep Girls Hoops Top 100 and as a Super 64 Player of The Week.

She is the daughter of Nemicio and Lynn Andrew and said she plans to major in nursing and premed in college.

“I would like to be a pediatrician,” Andrew said. “I love getting to work with kids, and the thought of helping other people get better always makes me feel better about myself.” 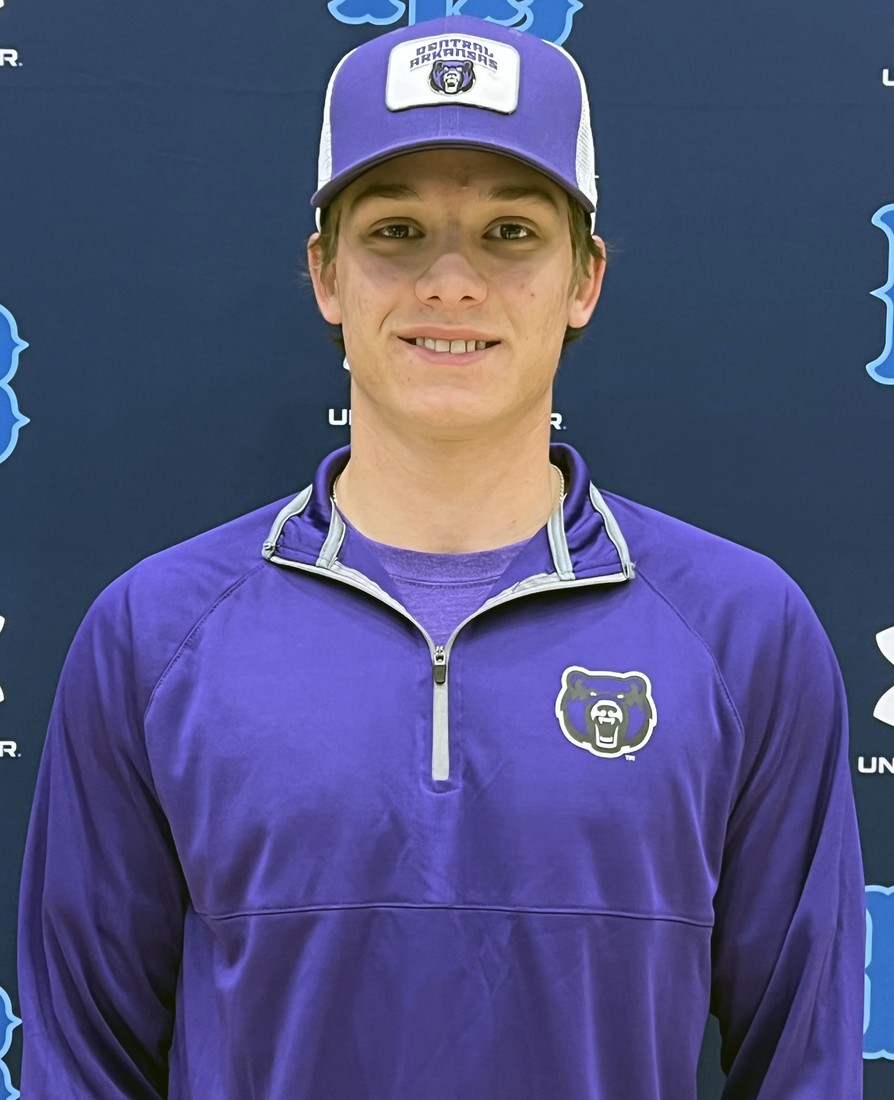 Austin Jones, 18, committed to play baseball for the University of Central Arkansas in Conway.

“I feel very blessed and fortunate for this opportunity,” Jones said.

Jones lives in Springdale and is a right-handed pitcher and centerfielder for the Wildcats, he said. He’s committed to pitch for Central.

“I would like to thank my mom and dad, my teammates and also my coaches for this opportunity,” Jones said of playing college baseball.

His parents are Chris McLeod and Gina McLeod, he said, adding he’s unsure of what he’ll major in for college or what future career he’ll pursue. 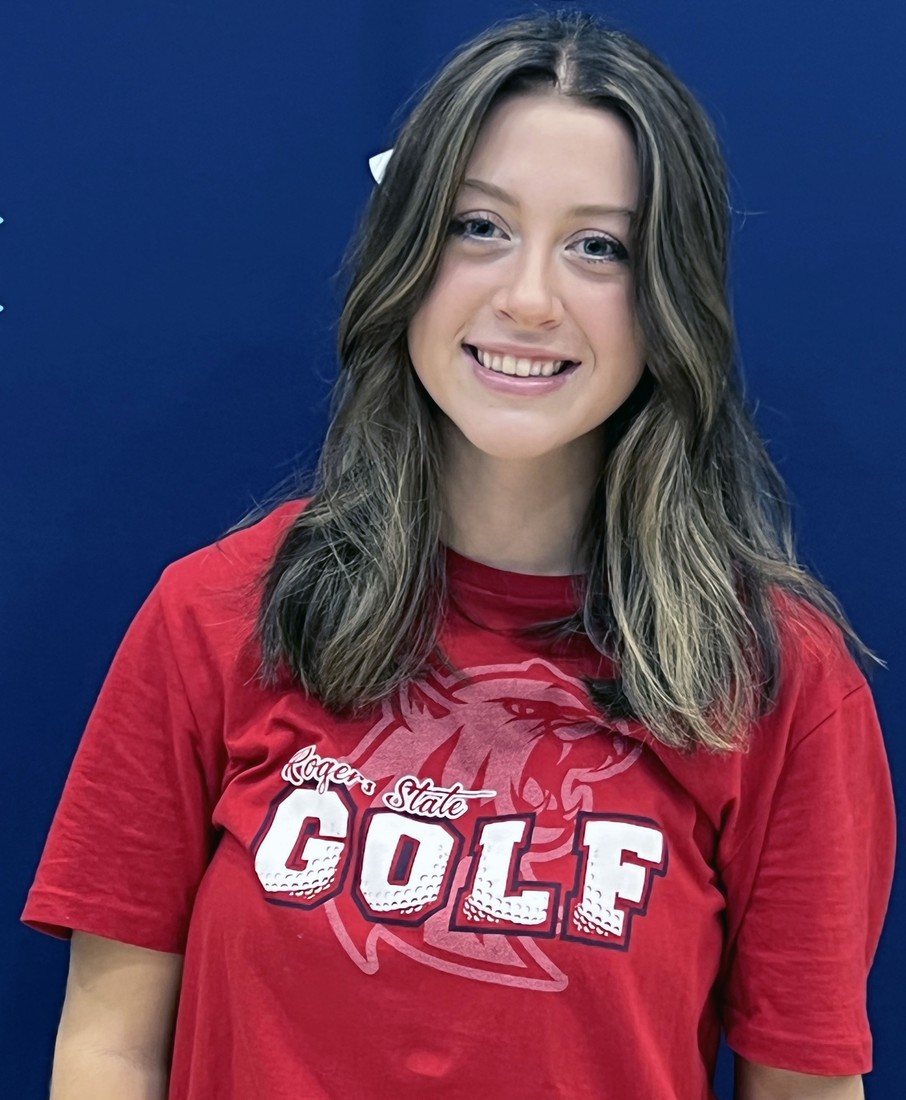 “I am super excited, because this has been my dream since I started playing golf,” Milligan said.

“I shot 69 at the Highlands, and that was my first time shooting in the 60s,” Milligan said of competing at Highlands Golf Course in Bella Vista her senior year. “I also won state four times.”

Milligan lives in Springdale, she said. Her parents are Carmen and Tony Anderson.

She said she plans on majoring in psychology in college and looks forward to a future in coaching.

“I want to be a college golf coach, because I love being on the course and coaching others,” Milligan said. 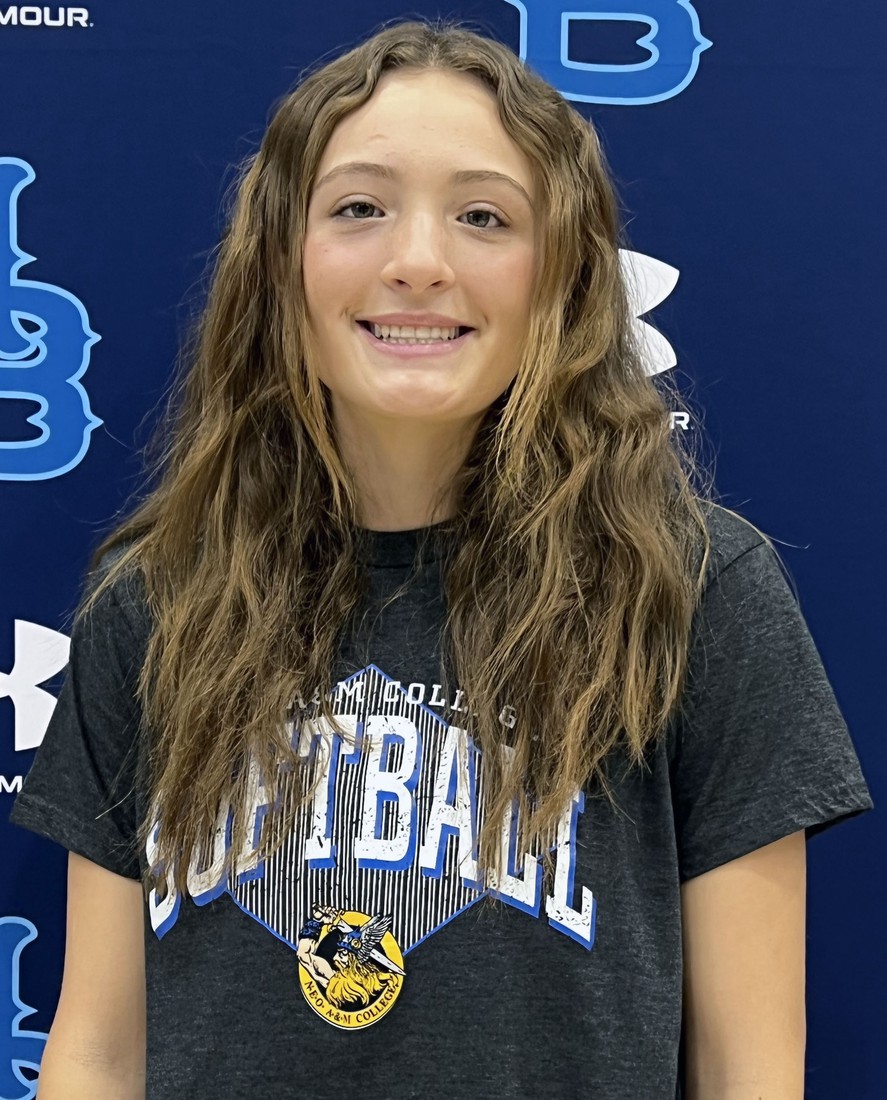 “College softball has always been a goal, and I could not be happier about this opportunity,” Pratt said.

Pratt, 17, is a senior at Har-Ber High School and said she’s played softball, primarily as a centerfielder, for 12 years.

“One notable highlight is my grand slam against Springdale,” she said. “Through all of the games and all of the various fielding positions, some of my favorite highlights would be the home runs, the diving catches, the walk off hits and throwing people out at home.”

Pratt lives in Elm Springs, she said, and is the daughter of David and Ashley Pratt and Zach and Colby Schlessman.

She said she plans to major in physical therapy in college.

“I want to become a physical therapy assistant to help people become stronger and overcome their injuries,” Pratt said.

The student athlete said she’s grateful for all those who’ve contributed to her athletic career.

The student athlete also recognized the development she experienced alongside her teammates and through the coaching of Erica Derryberry, Candi Bailey, Larry Tinkler, Shane Gunter and Aaron and Kali Piha.

“They have taught me the importance of a team, and I’ve made so many memories with them that I will never forget,” Pratt said. “I’ve become a better player and person because of softball, and I can’t thank the sport enough.” 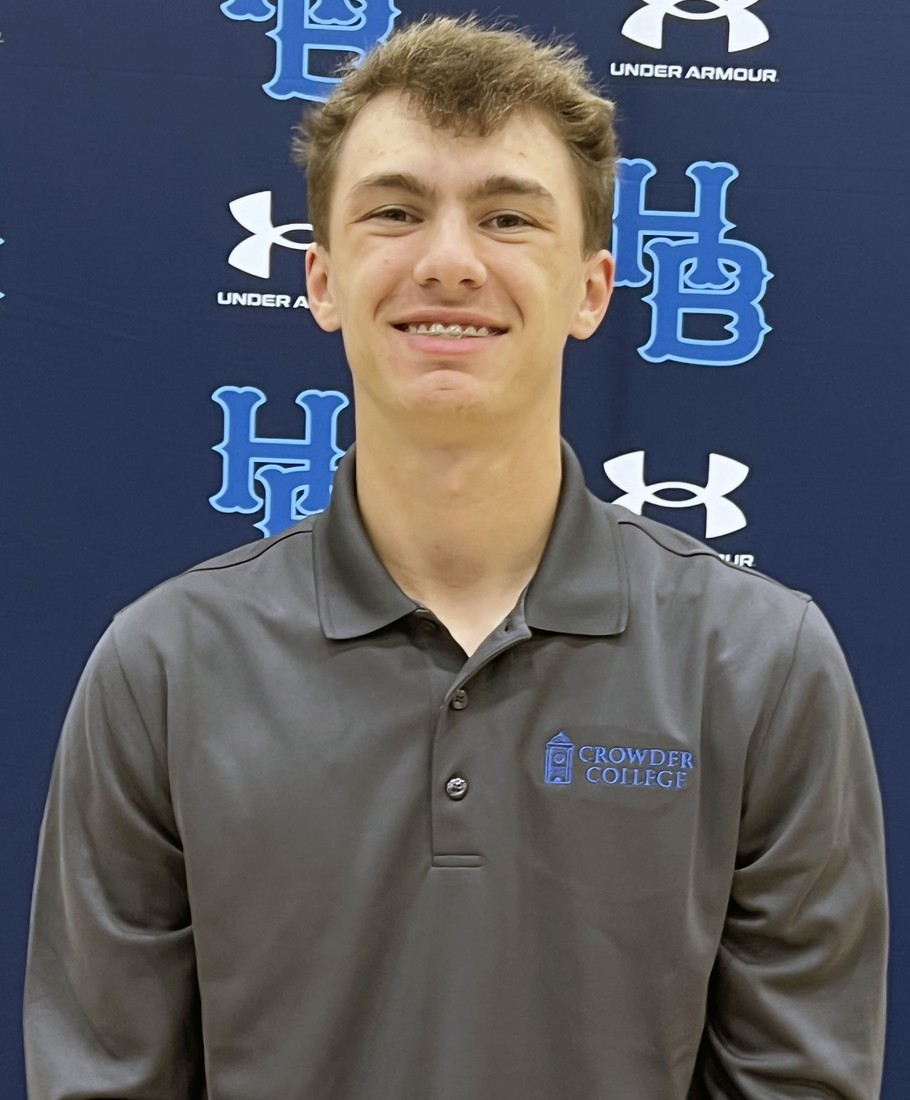 “I'm very excited to move on to the next stage in my life and to play college baseball,” Ridley said.

“It has always been a dream of mine to play college baseball ever since I was little. I'm just very thankful for the opportunity that the Crowder coaching staff has given me.”

The Wildcat pitcher said he’s played baseball for 12 years and posted a 7-0 record as a sophomore pitcher.

Ridley said he plans on majoring in engineering in college.

“I'm not sure exactly what I want to do, but I've thought about hardware engineering,’ he said.

Ridley said his parents are Angie Ridley and Leonard Ridley. 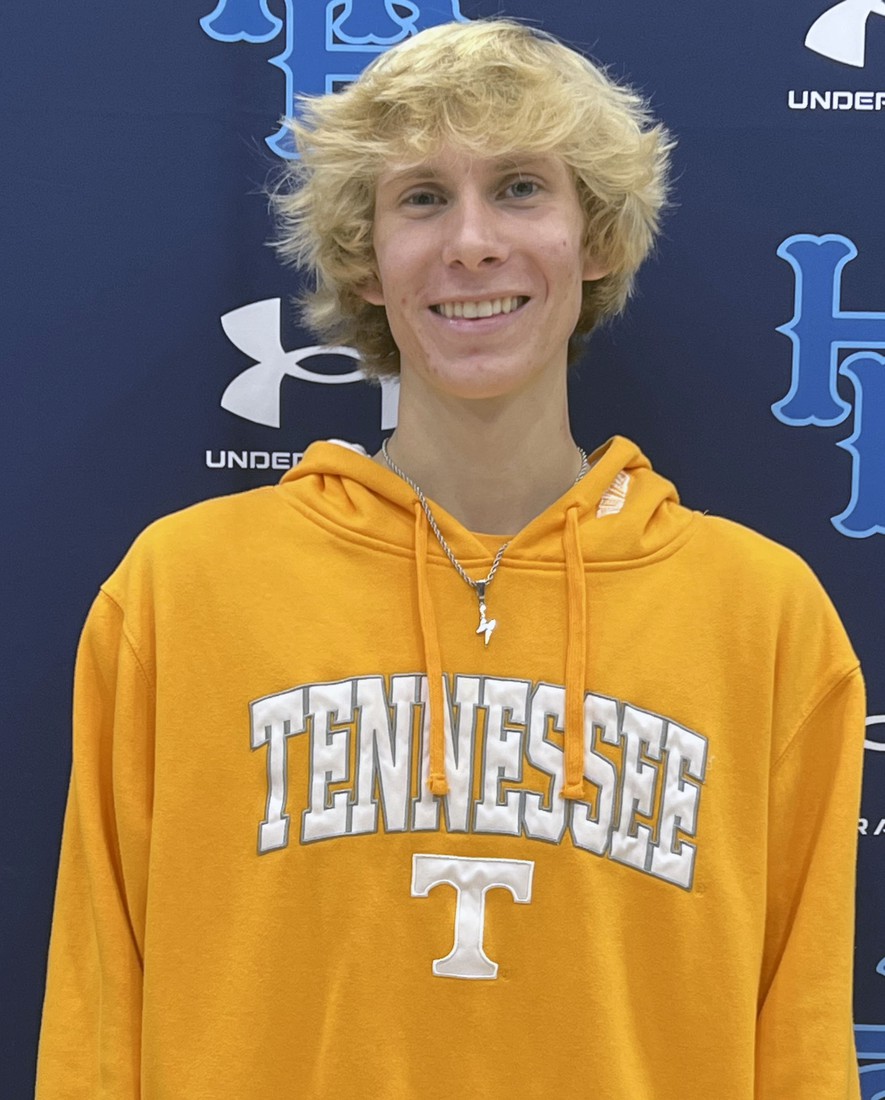 Dawson Welch, 18, signed a letter of intent to run cross-country and track for the University of Tennessee in Knoxville, Tenn.

“I’m excited to be signing for a D1 school, where I will continue to develop with established coaches, who will have experience with developing runners to elite levels,” Welch said.

The future Volunteer said he plans to major in hospitality management.

“I want to manage tourist experiences at resorts around the world,” Welch said.

He thanked all the coaches who’ve contributed to developing him as an athlete to help him come so far in his sporting career.

“I especially want to thank my mom and Coach Shawn for cheering me on and pushing me to do my best,” Welch said. “Finally, I want to thank God for guiding me and giving me this amazing opportunity.”

Welch lives in Tontitown and is the son of Ricky and Andrea Yarbrough. 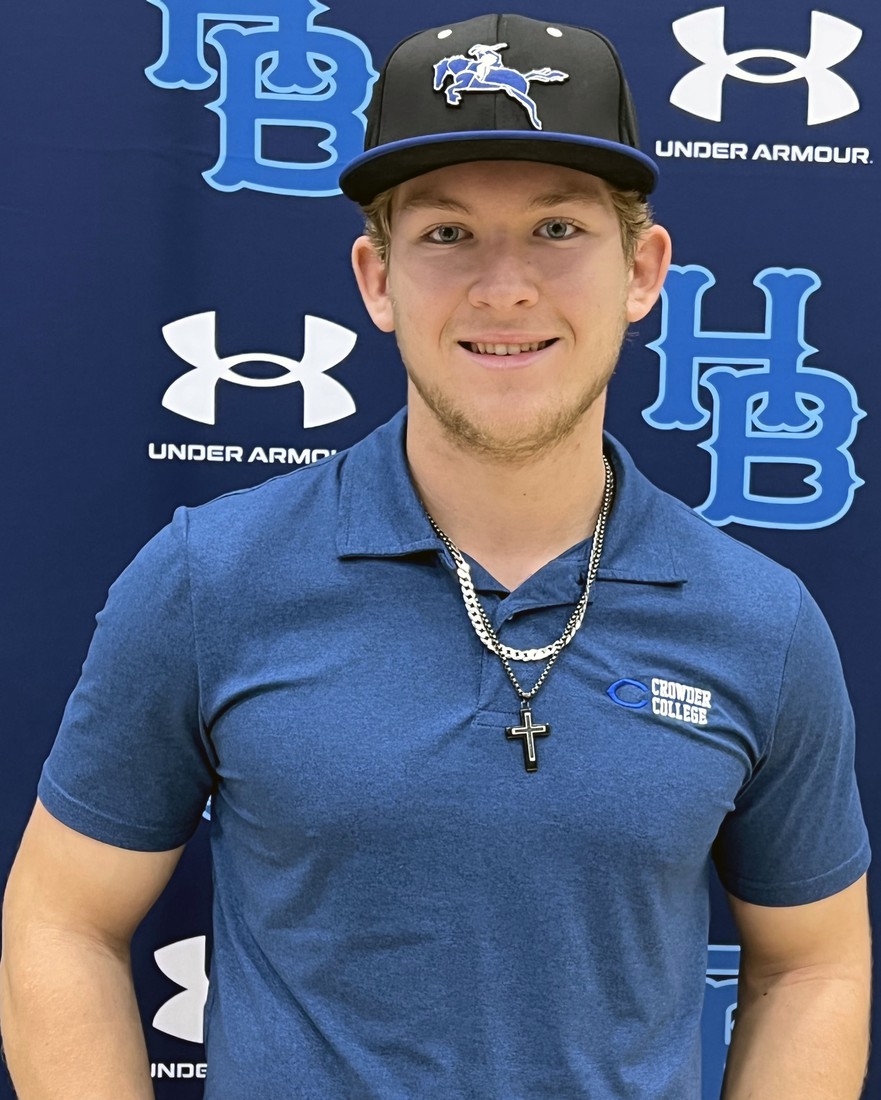 “I am very excited to continue my academic and baseball career at Crowder,” Zachry said.

Zachry, 17, is an outfielder and pitcher for the Wildcats and will compete in the same positions for the Roughriders.

The senior lives in Springdale and is the son of Jayme Kauffman and Greg Zachry and the stepson of Jenel Zachry and Chris Kauffman.

“A career highlight would be the time spent in the Har-Ber baseball program and the friendships I’ve made,” Zachry said.

He said he plans on pursuing general studies in college and is unsure of what career he’d like to have following college.

to compete at the collegiate level.