Dylan Young, a Har-Ber High School senior, has been selected to attend the STARTALK language program summer camp from June 27 to July 15 at the University of Hawaiʻi at Mānoa in Honolulu.

“I was ecstatic when I found out that I was accepted into the summer camp,” Young said. “I feel that I will be able to learn so much during my three weeks there.”

“It provides language learners with an all-inclusive immersion camp with experienced instructors, sufficient funding for activities and well-designed curriculum,” Chen said, adding she worked with the program previously at the University of Wyoming. 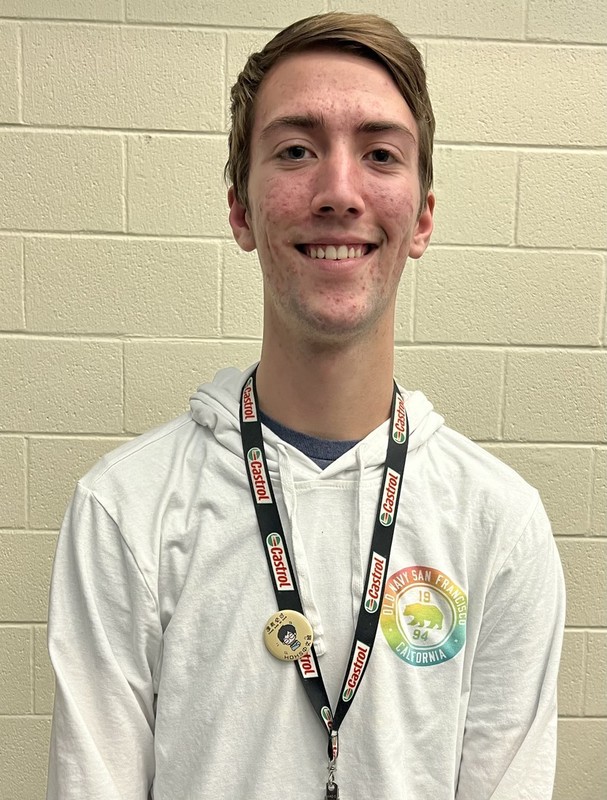 “At the moment, I am not close to fluent. Mandarin is a very difficult language, but this is why I wanted to join this program,” Young said. “Through this class, my level of understanding has increased greatly. I can't wait to see how much better it will be by the end of the program.”

English is his first language, and Young also speaks Spanish, which he started learning in elementary school through a dual-language program.

“I am very proficient in Spanish and will be taking the AP Spanish Language and Culture exam in May,” he said.

Young said he’d like to learn Arabic and Russian in the future.

“These are two languages that I find very fascinating,” he said. “I would then be able to communicate with people all around the world. I would also understand four different writing systems.”

Young said he finds it really cool that there are so many different ways people can communicate.

“I want to learn as many of them as I can,” he said. “I also find it very rewarding, because it trains your brain to think in different and more complex ways.”

Young may make it look easy, but learning new languages isn’t without its challenges.

“I think the hardest thing about learning a new language is that people use words differently in other languages,” he said. “You may know the translation for a certain word, but in that language, they may never use it in the context that you would in English.”

Attending the STARTALK camp is a unique opportunity for Young as an Arkansas student, Chen said.

STARTALK summer camps usually only recruit local students to attend, she said, explaining the Hawaiian camp is a pilot program that allows students from other states to participate.

“Dylan is probably the first student in Arkansas that has ever participated in STARTALK,” Chen said.

Young’s representation of Arkansas at STARTALK may help initiate future partnerships with the program, which could make a huge impact in world language education in Arkansas, she said.

“Dylan is an intelligent, diligent, sympathetic and understanding student. I am happy he got to represent Arkansas and our district in such a national camp,” Chen said. “Language learners are bridges, and Dylan is one of the best bridges between a federal program and the world language learners in Arkansas.”

Young said he hopes the practice in the Mandarin dialect of Chinese he gains at the summer camp will help him to further his language skills.

“I also hope to have many great experiences around Hawaii,” he said. “This is a once-in-a-lifetime opportunity, and I hope to make the best of it.”

Young said he plans to attend the University of Arkansas following graduation to pursue a degree in Spanish Education.

“I hope to become certified to teach Mandarin as well,” he said.